The concept of Special Forces Horses focuses on the bond and language between horse and human.  The soldier and the horse have been inextricably tied through the ages so we thought it might be interesting to take a look at ten of the most famous warhorses in the  posts following this.

The first evidence of the use of horses during warfare dates from Eurasia between to 4,000-3,000 BC—that is, more than 5,000 years ago. Since that time, the usage of horses in war increased as tactics and technologies improved, such as the invention of saddles, stirrups, and yokes.

In the history of war, many horses have become famous thanks to their great owners or military units. Horses witnessed and participated in many battles, carrying their owners to their successes or failures.

Eight million horses, donkeys and mules died in World War I, three-quarters of them from the extreme conditions they worked in.

Many horses were initially used as traditional cavalry horses but their vulnerability to modern machine gun and artillery fire meant their role changed to transporting troops and ammunition. Because military vehicles were relatively new inventions and prone to problems, horses, and mules were more reliable – and cheaper – forms of transport.

Thousands of horses pulled field guns; six to 12 horses were required to pull each gun.

It could take up to 12 hours to clean the horses and their harnesses in muddy conditions.

Since horses were frequently used on the front lines, a special type of gas mask was developed that horses were trained to wear. The first use of poison gas on the Western Front was on April 22, 1915, by the Germans at Ypres, against Canadian and French colonial troops. 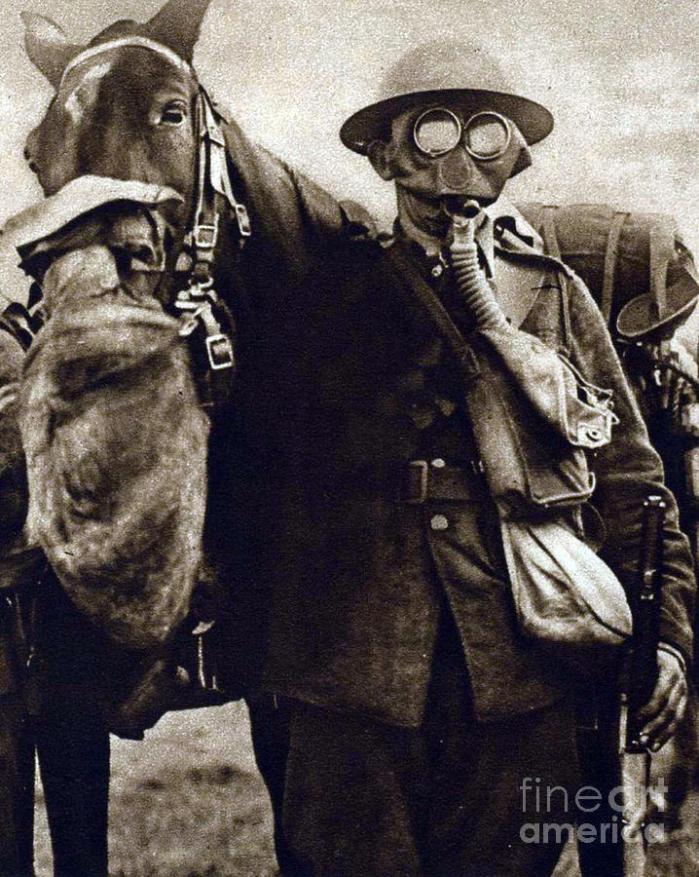 The British Royal Society of Chemistry claims that British scientist Edward Harrison developed the first practical gas mask for mass production towards the end of 1916. American chemist and inventor James Bert Garner is credited by American sources with the invention of the gas mask in April 1915. He remembered experiments he had performed while teaching at the University of Chicago, thus he set about creating the first gas mask which he tested on two of his associates in a gas filled chamber. Following the successful completion of the test, he provided the results to the British government.

The War Horse Memorial is the first national memorial dedicated to the millions of UK, Commonwealth and Allied horses, mules and donkeys lost during The Great War. It pays tribute to the nobility, courage, unyielding loyalty and immeasurable contribution these animals played in giving us the freedom of democracy we all enjoy today, and signifies the last time the horse would be used on a mass scale in modern warfare.

The War Horse Memorial consists of a larger than life bronze horse standing on a 3m high stone plinth created by the British sculptor Susan Leyland. In essence it is much more than a memorial, as it affords the opportunity to create and expand on on-going fundraising initiatives, and become a lasting legacy for the nation.

The War Horse Memorial is located on the major Ascot roundabout opposite Heatherwood Hospital and Car Park 1 of Ascot Racecourse. Postcode: SL5 8AA. 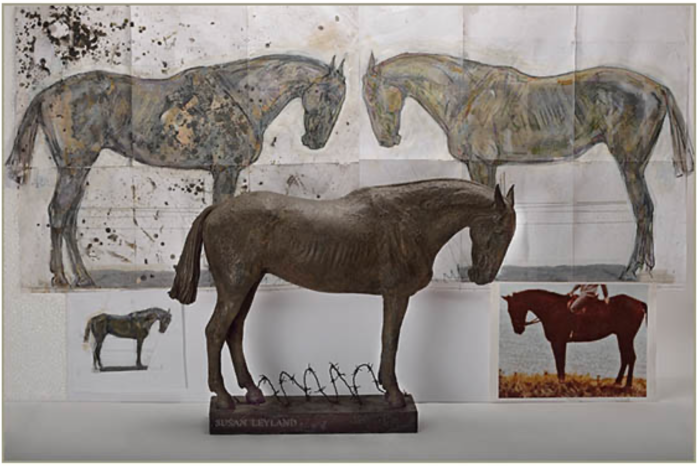 These beautiful maquettes, which are cast in the Black Isle Bronze Foundry in Nairn, in Scotland are hand finished by the sculptor Susan Leyland.

The limited edition War Horse maquette – a scaled replica of Poppy, the national monument dedicated to animals of war. Each maquette weighs 21.5 kilos and the height including base is 58 cms.

Number One of the collection has been gifted to HM The Queen.

Find out more at: https://thewarhorsememorial.org

POLO SINGLES is the world's only online dating service dedicated to the polo lifestyle. We are also the ONLY dating site that has been set up in order to put some of our profits into charitable institutions including SpecialForcesHorses.org View all posts by Polo Singles and Special Forces Horses